All Men are Created Equal, Right? 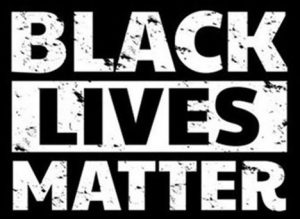 I memorized the Preamble to the Declaration of Independence as a grade school student: “We hold these truths to be self-evident, that all men are created equal, that they are endowed by their Creator with certain unalienable rights, that among these are Life, Liberty and the Pursuit of Happiness.”    The Preamble has always been a part of my belief in this country and in our democracy.

Therefore, the recent disruption of the Black Movement New Mexico rally in our community by counter protesters greatly disturbed me.  Not because they showed up, because all of us are protected by First Amendment freedom of speech, peaceful assembly and protest.

What disturb and frightens me is the abusive and confrontational manner in which the counter-protestors treated peaceful folks talking about Black Lives Matter and the importance of registering to vote and filling out the US Census forms.  They accused them of being antifa rioters, and some counter protesters openly showed their guns in holsters.

The counter protesters shouted, “I’m fighting for my f***ing city” and “You guys are not f**ing welcome here.  I am disturbed and frightened by the hate that is being shown all across the nation and right here in Rio Rancho.  Hate fuels violence, and violence never has a good ending.

What happened to “love thy neighbor,” the Golden Rule, civility, fairness and discussion?  Why is it acceptable in Rio Rancho to scream and shout and make as much noise as possible so that the rally speakers could not be heard?  Where is the statement by our Mayor and other elected officials about the incivility, inappropriateness and undemocratic behavior from the counter protestors?

What is happening in a city I have lived in and loved for many years?  It breaks my heart.