Last Tuesday, the Democratic Party of Sandoval County attended a “work session” by the Sandoval County Commission. The session focused on 2020 election conspiracy theories being peddled to the commission for the past two months in an effort to get the commission to forward another toothless, poorly-considered resolution through to the NM Legislature.

We were given 30 minutes to rebut the nonsense spewed by the Election Integrity Patriot Team (EIPT). The EIPT went long, so the DPSC received extra time, as well.

And just who is the EIPT? They claim to be just an ad hoc group of concerned citizens, but a little digging shows they are a faction of a Tea Party sponsored group. Most people who speak to the commission are local San- doval County residents, but the lead presenter is not. His name is Dr. Stephen White- house, a self-proclaimed expert who lives in Bernalillo County and cites debunked and questionable material as support for his argument.

It seems, based on the data this group shared, that the biggest issue was the increase in absentee ballots, especially by Democrats. The group also questioned drop boxes, Dominion voting software, and Internet access, and wants to require a picture identification for voters—i.e., the usual republican talking points.

The District 3 Commissioner seems to agree with them as he says, “It doesn’t seem like Message from the Chaira bad thing to want voters to have an ID to vote.”

That’s right. Your grandmother who doesn’t have an ID because she doesn’t drive? She won’t be able to vote if the District 3 Commissioner gets his way. Your friend who served our country faithfully in the military but has PTSD? Won’t be able to drop his ballot off after hours because the same commissioner said that drop boxes should only be available during business hours.

Clearly, the purpose of having drop boxes, which are all monitored 24/7, is lost on the commission republicans. (Hint: Drop boxes are for people who cannot make it to vote during the regularly scheduled voting hours.) Perhaps the commissioners’ actual intent is voter suppression.

The commission spent taxpayer money to indulge the EIPT conspiracists. It was stated that it wasn’t important because the commissioners are not on an hourly rate. In truth, it does matter. It matters because the County Attorney, the County Manager, a sheriff’s deputy, and other staff were required to put more than two hours of energy in support of a conspiracy rather than serving the public.

It matters because the commissioners could have used that time to work on the real problems facing our county.

It matters because perpetuating republican conspiracy theories undermines the public’s trust in voting and democracy.

It would seem that true patriots would want to see more people vote, and they would by working to make it easier. But not Dr. White- house or the Tea Party’s Election Integrity Patriot Team, and not the republican leaders of the Sandoval County Commission.

The New Mexico Legislature has outlined, in great detail, what is and is not allowed regarding voting. The commission would do well to review the voting laws before wasting any more time or money to appease their supposed base.

Sandoval Democrats, let’s get to work! 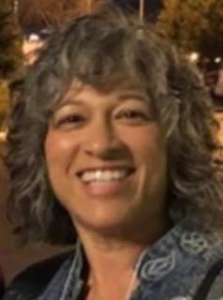