Making A Difference in Sandoval County 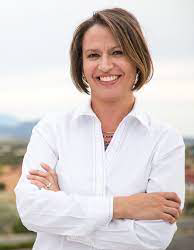 Hello fellow Democrats! This is Stephanie Garcia Richard, your commissioner of public lands, reaching out to let you know how we’ve been stew-arding YOUR public land in Sandoval County and throughout the state on your behalf!

Just three years ago, when I was elected to this position as the first woman, Latina, and educator, I made a campaign promise—to bird dog every single dime and penny raised by my office on behalf of public schools, universities, and hospitals and to do so while protecting our precious natural resources. Well, I’m pleased to announce that to the tune of over $3 billion, we’ve had three record-breaking years in a row! For the first time EVER in the history of the land office we have brought in $1 billion each and every year I’ve been in office! And we’re doing so while simultaneously implementing the first ever of its kind “Enforcement and Accountability” program, which holds the users of your public lands accountable for proper stewardship and protection of the land.

In the 2 years this program has been operational, we’ve directed industry to properly plug 31 oil and gas wells so that old infrastructure and equipment are not leaking methane and other harmful emissions into the air, and we’ve reclaimed thousands of acres of land, ensuring that it is properly cleaned up and restored. We’ve also taken 17 bad actors to court.

We have a mandate from the state constitution to our office to protect the natural resources in our care for generations to come, and we are prepared to follow that mandate all the way to a court of law if we have to!

Additionally, because we know that fresh drinking water for human consumption is at such a premium in our arid state, we have ceased all sale of freshwater from state land for fracking, ensuring that we are protecting that very precious, scarce resource from overuse and pollution.

Finally, because we know that diversification away from such a heavy budgetary reliance on extractive industries is long overdue for environmental, health, and economic reasons, we are targeting expansion of state land for renewable energy development and outdoor recreation.

We have established the first ever Office of Renewable Energy whose sole mission is to develop wind and solar projects on state land. In the last 3 years, this tiny but mighty office has been responsible for developing 4 large wind leases on state land, including the largest single phase wind project in North America, generating hundreds of megawatts of clean, sustainable electrons, and raising millions of dollars for public schools, universities and hospitals that benefit from our revenue.

In Sandoval County itself we’ve been just as busy! With large swaths of state land near Rio Rancho, we are able to partner with developers to solve problems like the “food desert” issues near Paseo Gateway.

Our office recently held a public meeting regarding a proposal to bring in grocery and retail stores and heard overwhelmingly from residents that that is something they would like to see! Stay tuned for future development of state land in that area!

Additionally, we are working with the federal government on a possible establishment of the state’s next VA cemetery in Sandoval County!

Finally, there are many beautiful landscapes and pristine opportunities to enjoy the outdoors on state land in Sandoval County, such as bike trails, Golden Open Space near Paa Koa in the East Mountains, and sections of the Continental Divide Trail through-hike near Cuba! For more information visit our website.

We’ve accomplished a lot this first term, but we still have so much more to do. I’m counting on your support to help ensure I can win a tough re-election battle in a non-presidential election year!

All these firsts don’t only mean bragging rights, but they also paint a big fat target on my back from the oil and gas industry. You can be sure if they bet 10 to 1 against me last time, they’re coming harder this time around!

I hope I can count on you to help us keep up the good work!