Remembering Some of the Greats During Black History Month 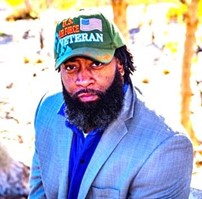 As we enter the month of February, we are reminded that men and women of color have a deep history in this country, a history that has elevated the Nation to where it is today.

We stand on the shoulders giants: Marie Van Brittan Brown, inventor of the first home security system; Garrett Augustus Morgan, Sr., who gave us today’s traffic signal design and the precursor to the gas mask; and Congresswoman Barbara Jordan, just to name a few. Without such pioneers, America could not have reached its current level of greatness.

I am inspired by these outstanding men and women as I run for Rio Rancho City Council. With my candidacy, I wish to join the ranks of those who stand tall in the face of adversity, have the courage to persevere, and possess the intestinal fortitude to represent their communities.

And representation does matter, which is one reason I am running for city council. Here in New Mexico, we are too often reminded that African Americans are only 13 percent of the Nation’s population and less than 3 percent in New Mexico.

Our small numbers are highlighted when we are overlooked, when our voices are not heard or respected. Under this reality, it is imperative that African American men and women run for public office.

I was the recent Wounded Warrior Fellow for Congresswoman, now Madam Secretary Deb Haaland, which gave me a front-row seat to observe some hard truths. I would often attend events on Rep. Haaland’s behalf, and I would be the only African American in the room.

These rooms where I was the lone African American are where decisions are made on our behalf. I would often think about the many other meetings occurring throughout our Nation’s capital where important decisions were being made every day. Was there any African American representation at those meetings?

I tell this story because those days in the 1990s feel like just yesterday, and progress is still sorely needed. I believe that, if elected, Dr. Karissa Culbreath (District 5 City Councilor incumbent) and I would be the first African American woman and man ever elected to the Rio Rancho City Council. And if she is elected, Barbara Jordan would be the first African American mayor of Rio Rancho. What an achievement capturing all three of these offices would be!

As we run for office, we stand alongside the titans of the African American community: people like Charles Ashley III, Director of Economic Development for Albuquerque Mayor Tim Keller; Dr. Harold Bailey and Rev. Charles Bicknell Sr., who continue as leaders within the NAACP; Cathryn McGill, founder and director of the New Mexico Black Leadership Council; and Theresa Carson, advocate for Black-owned business across the state of New Mexico.

With your help, we can make history and add another chapter to share not only during Black History Month but in New Mexico history!

My name is Joshua Jones and I humbly ask for your vote to be your next City Councilor, Rio Rancho District 3.

Please visit my website to read my position on issues, donate to my campaign, or volunteer.