The Insurrectionist Next Door 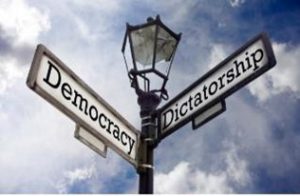 In the past, far-right-wing extremists were viewed as a fringe element that could be contained. But Robert A. Pape, political science professor at the University of Chicago and director of the Chicago Project on Security and Threats, reports that the January 6 attempted coup participants comprise a much larger and more disturbing demographic.

Earlier studies of far-right- wing extremists found that, previously, the majority were young—under 35—and many were economically destitute. Twenty-five to 30 percent were unemployed; few were in white collar professions. In striking contrast, the characteristics of those who attacked the Capitol reveal that insurrection and sedition have gone mainstream.

The average age of those initially arrested in the Capitol riots was 40; two-thirds were age 35 or older. Of those arrested by the Fall of 2021, nearly one-quarter were business owners; 28 percent were in white collar professions such as doctor, attorney, or architect; and over 90 percent were not affiliated with militias or other violent groups.

What does this tell us? According to Pape, counties that sent the most insurrectionists are those that are losing White population at the fastest rate. They believe in the Great Replacement conspiracy theory, meaning they think White people are being demographically and culturally replaced by minorities. They also think the Democratic Party is actively promoting this trend.

Has insurrection gone mainstream because of Fox News and other right-wing media? Pape says not entirely. Over 20 million people believe the election was stolen and the use of force to restore Trump to the presidency is justified. Of this group, 42 percent get their news from mainstream conservative media such as Fox News, Newsmax, and One America. But liberal and centrist media like CNN, NPR, and CBS come in second at 32 percent. Right wing social media like Gab and Telegram provide only 10 percent of this group’s news consumption.

How is that possible? Pape offers that exposure to ideas they disagree with makes people angry. We have seen what a powerful motivator right wing victimhood and grievance culture can be.

Pape notes that the standard methods of countering violent extremism such as promoting economic security or targeting far- right organizations are unlikely to be effective. So how do we stop these middle- class, violent insurrectionists? It is difficult to see the exact path forward, but ensuring maximum consequences for anyone engaging in violence and promoting voting rights to prevent election chicanery would be good first steps.