County Commissioner Advances the Safety and Well-Being of County Residents . . . and Our Pets 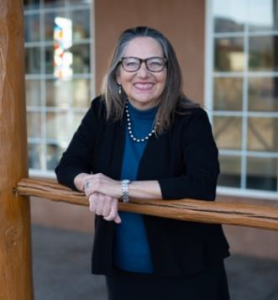 I took office on January 1, 2019, and hit the ground running by sponsoring a resolution in support of state legislation to fund spay and neuter programs. Since that time, I have worked hard for the residents of District 1 and those of Sandoval County.

I spearheaded the creation of the first animal shelter in Sandoval County and am continuing to work to develop a permanent facility.

I led the effort for Sandoval County Fire and Rescue and the Sheriff’s Office to obtain new equipment and upgrades to communications, which has led to faster response times and better levels of service. I assisted the Town of Bernalillo by having an ambulance stationed in the town to provide faster response times by paramedics, and I worked to create a fire district that better serves the Town of Cochiti, Pena Blanca, and Sile.

I worked to locate the new Fire Administration building in the Town of Bernalillo on Route 550, which saved the county money and gives Fire and Rescue enough space for offices and training facilities.

The issue of sand and gravel mining has been a long-standing problem for residents in Placitas, Algo-dones, Bernalillo, and the Pueblos of Santa Ana and San Felipe. I am continuing to collaborate with congressional representatives and senators to enact legislation that would prohibit any mining on the Buffalo Tract.

I have also provided county funding for a number of programs and local entities, including:

I serve as a board member of the Mid Region Council of Governments and sit on the Water Resources Committee.

I am also a board member of the New Mexico Association of Counties and sit on the Agriculture, Public Lands and Natural Resources Committee.