The Democratic Party of Sandoval County is fighting for a better, fairer, and brighter future for all. We inform and educate County Democratic voters and support the election of Democratic candidates up and down the ballot.
Volunteer!Become a Sustaining donor!
;

The Rio Rancho Observer in its Oct. 10 editorial and opinions page threw its policy out the window that banned publication of letters that tout or attack specific candidates for election.

And Read Gary’s response to the false accusations. 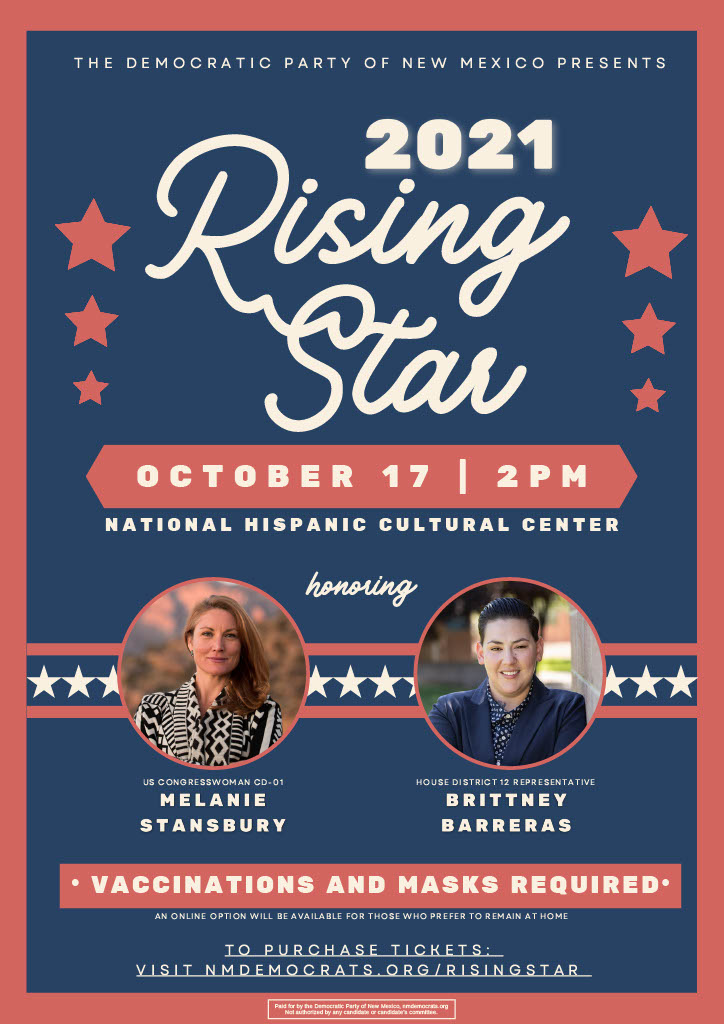 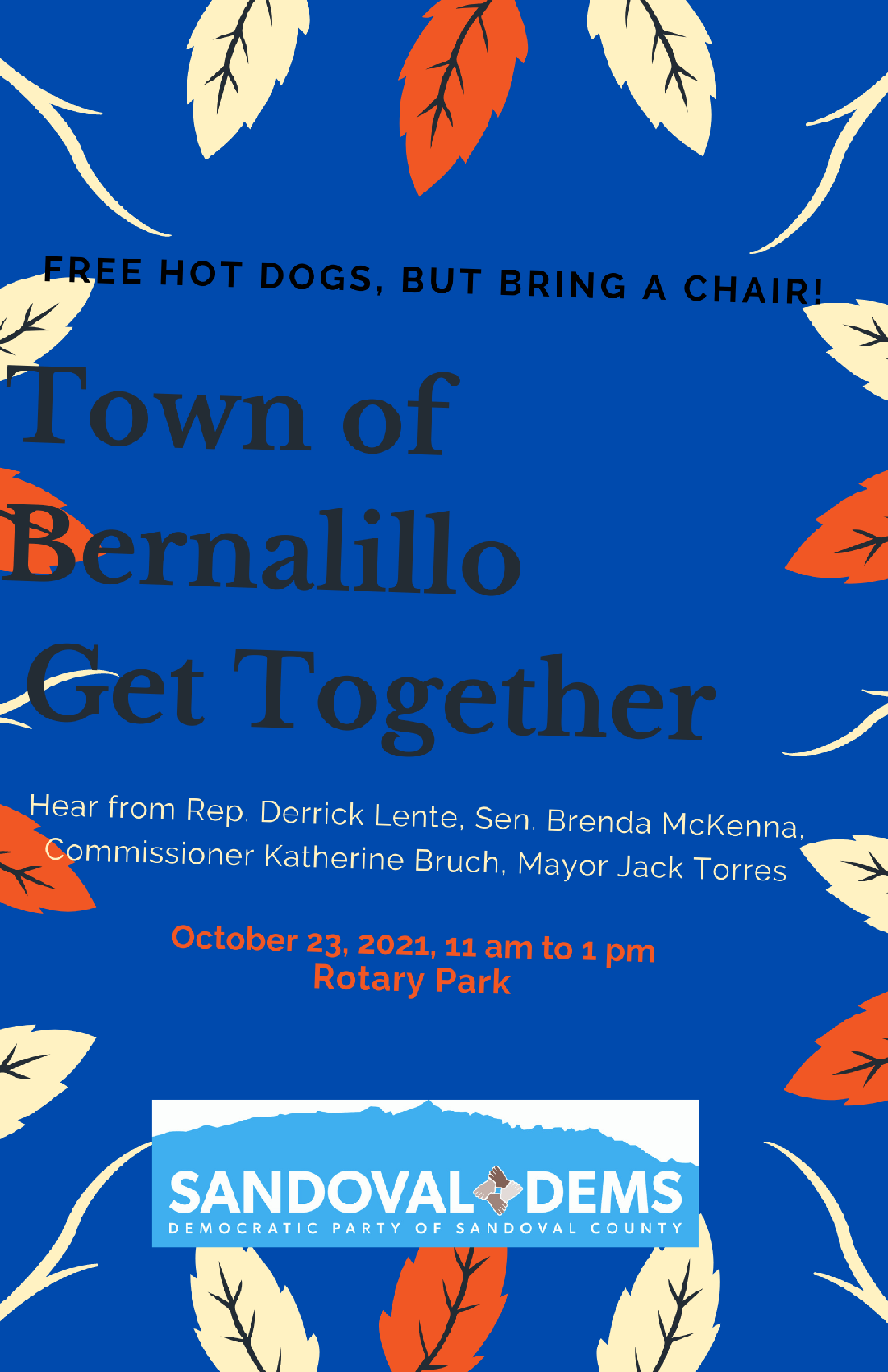 Calling all Sandoval Democrats! Team Teresa is gearing up for the 2022 election cycle and we need your help. The redistricting process has pushed a key portion of our campaign timeline – petition collection, preparation for, and participation in the pre-primary convention – into the first three months of 2022. January through March of 2022 will be a hectic three months. We want to get organized and ready to hit the ground running now, so that we are ready come January 1st!

Ahora es cuando to volunteer! If you are willing to help as a Petition Captain, signature collector, data volunteer, or run as a delegate for pre-primary, fill out this google form today. If you have any questions, please reach out via email to our Political Coordinator Kat at kcook@teresaforall.com or by phone at (505)819-0574. 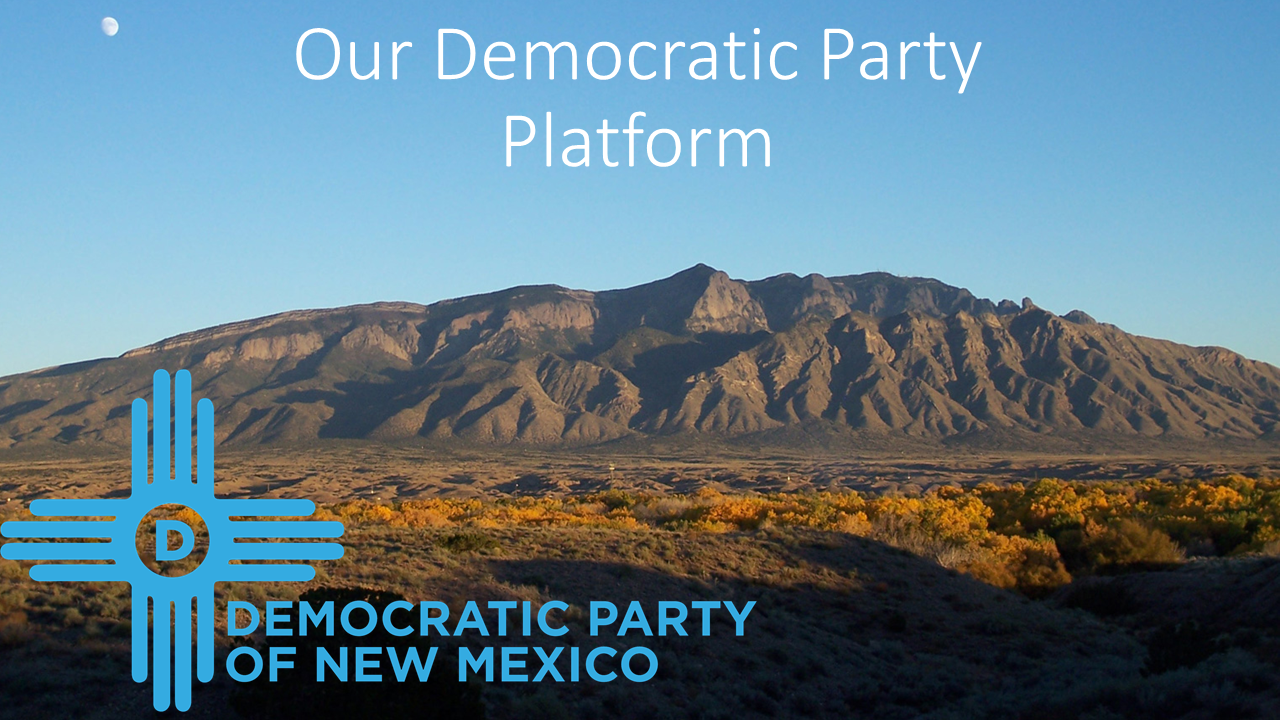 What IS on our platform?
Watch the slideshow and find out! 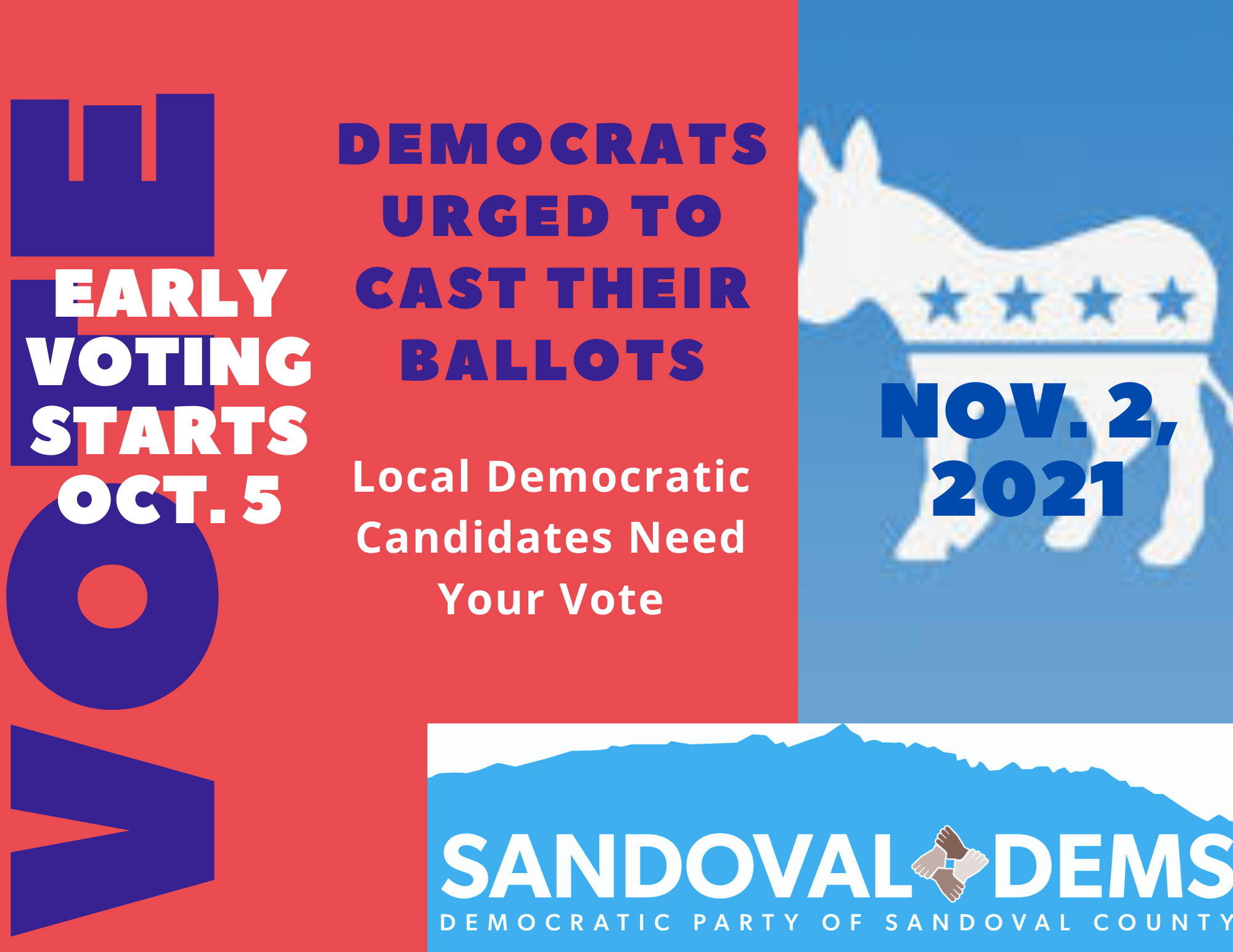 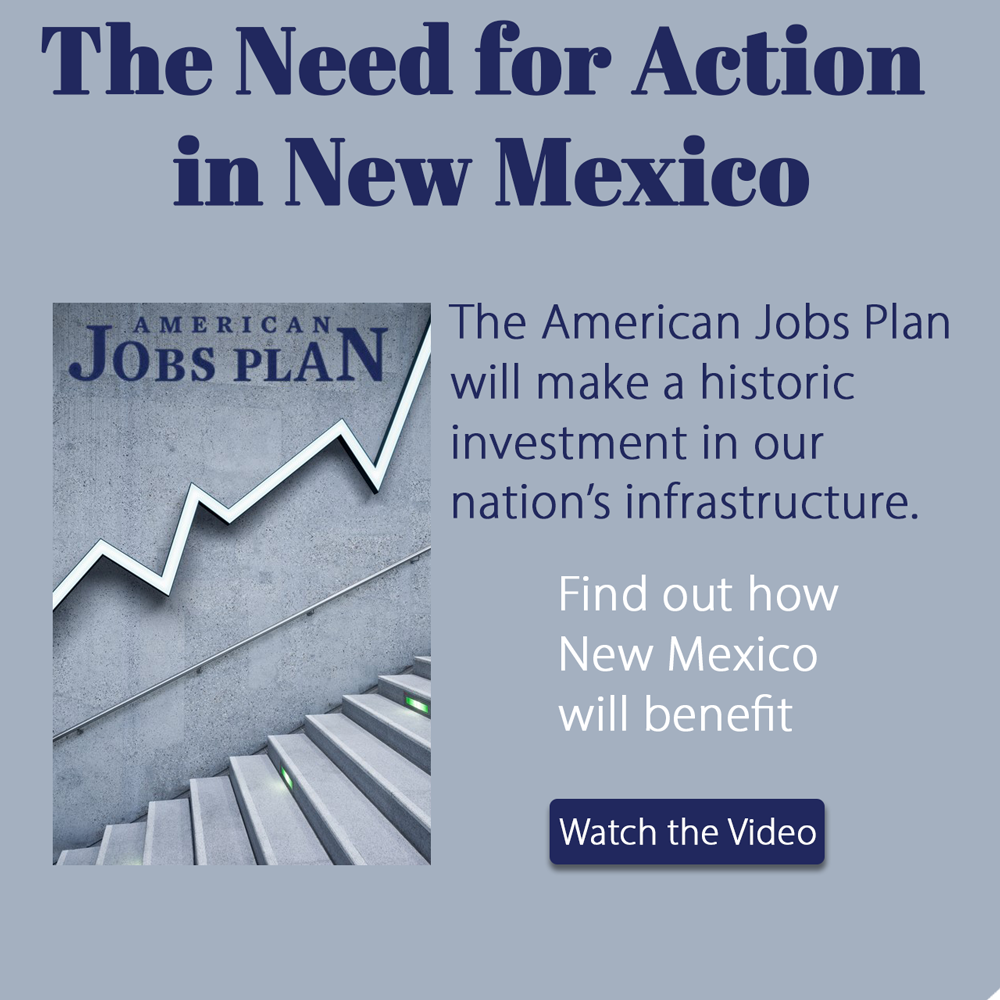 A Fun Time Was Had By All!

The Keep Sandoval Blue Biennial Event was a great success! We ate wonderful food. We sipped fine wine. We listened to nice music, but the best part was that we were together, outdoors, masked, and healthy.

Commissioner Katherine Bruch welcomed us to her district, followed by Leah Ahkee- Baczkiewicz, who spoke truth with her Land Acknowledgment.

U.S. Representative Teresa Leger Fernandez started the slate of speakers by describing her focus and committee work and thanking us for electing her. Governor Michelle Lujan Grisham followed. She started off saying that she, like Rep. Leger Fernandez, loved her job, too!

Fun facts that she shared about our great state included items like “New Mexico rate payers pay less for solar energy than any other rate payers in the country.” As a homeowner with solar panels, I was very happy to hear that, along with the fact that New Mexico will soon be a hydrogen hub for the entire country.

Our governor continued to motivate as she explained that New Mexico is “exponentially growing out of poverty” and described the many, many economic successes we are experiencing during her administration!

After the governor’s moving speech, other elected officials and candidates spoke, and I can tell you that we have some great candidates starting with next month’s school board elections.

Running for Bernalillo school board is John Gurule of Peña Blanca and Michael Archibeque, who is running unopposed because he has been doing such a fine job. Rio Rancho’s own veteran educator, Gary Tripp, is seeking a position on the school board.

Early voting for school board elections begins the first week in October, so make sure to vote and ask your friends and family to do the same. Municipal elections are fast approaching in March of 2022, and then we will be in full-on election mode as we approach the primaries in June and the general in November 2022. Please be sure to save time in your busy schedule to help candidates in whom you believe!

The Democratic Party of Sandoval County’s Executive Committee is working hard toward having a workable ward reapportionment plan. County Central Committee members will be asked to vote to approve the plan near the end of the year In the meantime, keep an eye out for a rally in Bernalillo on October 23 and an event to-be-determined in Cuba.
Stay safe and healthy! 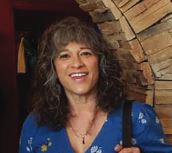 Stay up to date with news, events, and more!

School boards can have significant implications for our children’s education, which is why voters in Rio Rancho School District 1 deserve a serious discussion of the vastly contrasting positions of...

The Rio Rancho Observer in its Oct. 10 editorial and opinions page threw its policy out the window that banned publication of letters that tout or attack specific candidates for election. The attack...

The Democratic Party of Sandoval County’s Premier Event with Governor Michelle Lujan Grisham Occurred September 25, from 3 to 5 pm at the home of John Arango in Algodones. The Event attracted...

https://www.youtube.com/watch?v=L2y8ebCqmL8 The Democratic Party of Sandoval County and Sandoval County Indivisible host Member of Congress Teresa Leger Fernandez as the keynote speaker in a joint...

By Judy Gordon, DPSC Secretary We are advised to consult our doctor if we have concerns about getting the COVID-19 vaccination. But what if your doctor is a politician who promotes misleading...

Making A Difference in Sandoval County 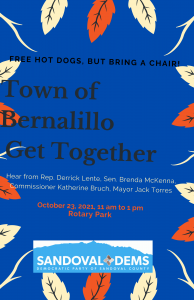 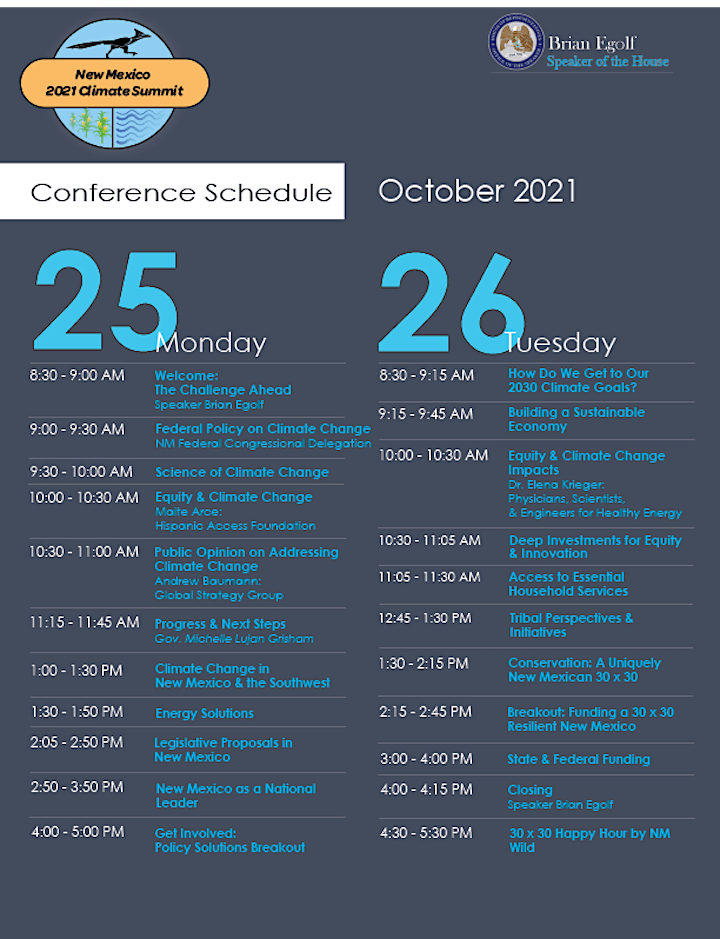 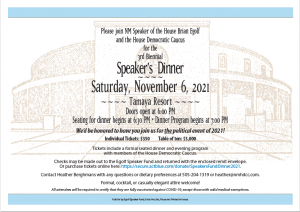 Saturday, November 6th is going to be a special evening, and one you won’t want to miss! We’re hosting our 3rd Biennial Speaker’s Dinner, and we’d be honored if you would join me and our[...]
View Calendar
Add

The volunteers of the Democratic Party of Sandoval County welcome participation by all people interested in promoting social issues that improve our lives and electing Democrats up and down the ballot, but especially candidates for offices directly affecting Sandoval County. So, go to the box to the right and send us a message. We will get back to you.