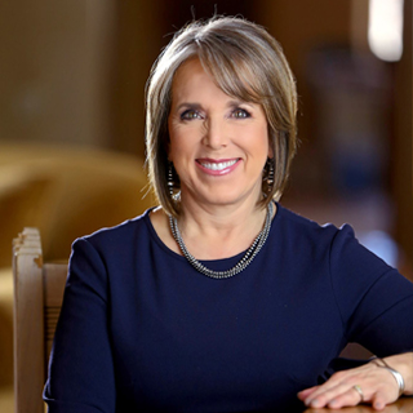 Michelle Lujan Grisham is the thirty-second governor of the state of New Mexico, the first Democratic Latina to be elected governor in U.S. history.

As governor, Lujan Grisham has implemented a series of evidence-based policies aimed at transforming New Mexico’s public education system, expanding the state’s economy to include more high-quality employment opportunities and preserving New Mexico’s air, land and water. In 2019, she oversaw one of the most productive legislative sessions in state history, signing a broad package of bipartisan bills into law, notably a historic investment in public education and a landmark transition to clean energy.

A longtime state Cabinet secretary at both the New Mexico Department of Aging and Long-term Services and Department of Health, Lujan Grisham has been a leading advocate for senior citizens, veterans and the disabled as well as investments in health care infrastructure and innovative programming that has improved access and quality of care for New Mexicans across the state.

She was elected to the U.S. Congress in 2011, serving three terms in Washington on behalf of New Mexico’s 1st Congressional District. As a member of Congress, she worked aggressively to support local tribes, equal pay for women, public schools, public lands and veterans’ health care; she also advocated strongly for saving and creating clean New Mexico jobs. As chair of the Congressional Hispanic Caucus, she became a vocal, national leader in the battle against reactionary federal anti-immigrant policies.

Driven by a deep compassion for seniors and those living with disabilities, and with experience as a caregiver herself, Lujan Grisham introduced and led the push for Care Corps, an innovative caregiving initiative that places volunteers in communities to provide non-medical services to seniors and individuals with disabilities. With this support, people can continue to live independently in their homes and communities.

Lujan Grisham was born in Los Alamos and graduated from St. Michael’s High School in Santa Fe before earning undergraduate and law degrees from the University of New Mexico. A 12th-generation New Mexican, she is the mother of two adult children and grandmother of three. She is the caretaker for her mother, Sonja.

The Office of Governor Michelle Lujan Grisham is located on the 4th floor of the New Mexico State Capitol in Room 400. 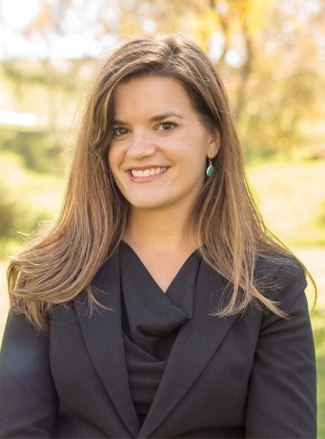 Secretary of State Maggie Toulouse Oliver has spent her career as a public official working for greater transparency and ethics in government, fair and efficient elections, and increased voter access.

A lifelong New Mexico resident, Secretary of State Toulouse Oliver previously served as Bernalillo County Clerk from 2007 to 2016.  She attended Albuquerque Public Schools and earned both her BA and MA in Political Science from the University of New Mexico. Currently living in Santa Fe, the Secretary of State is the proud mother of two sons. 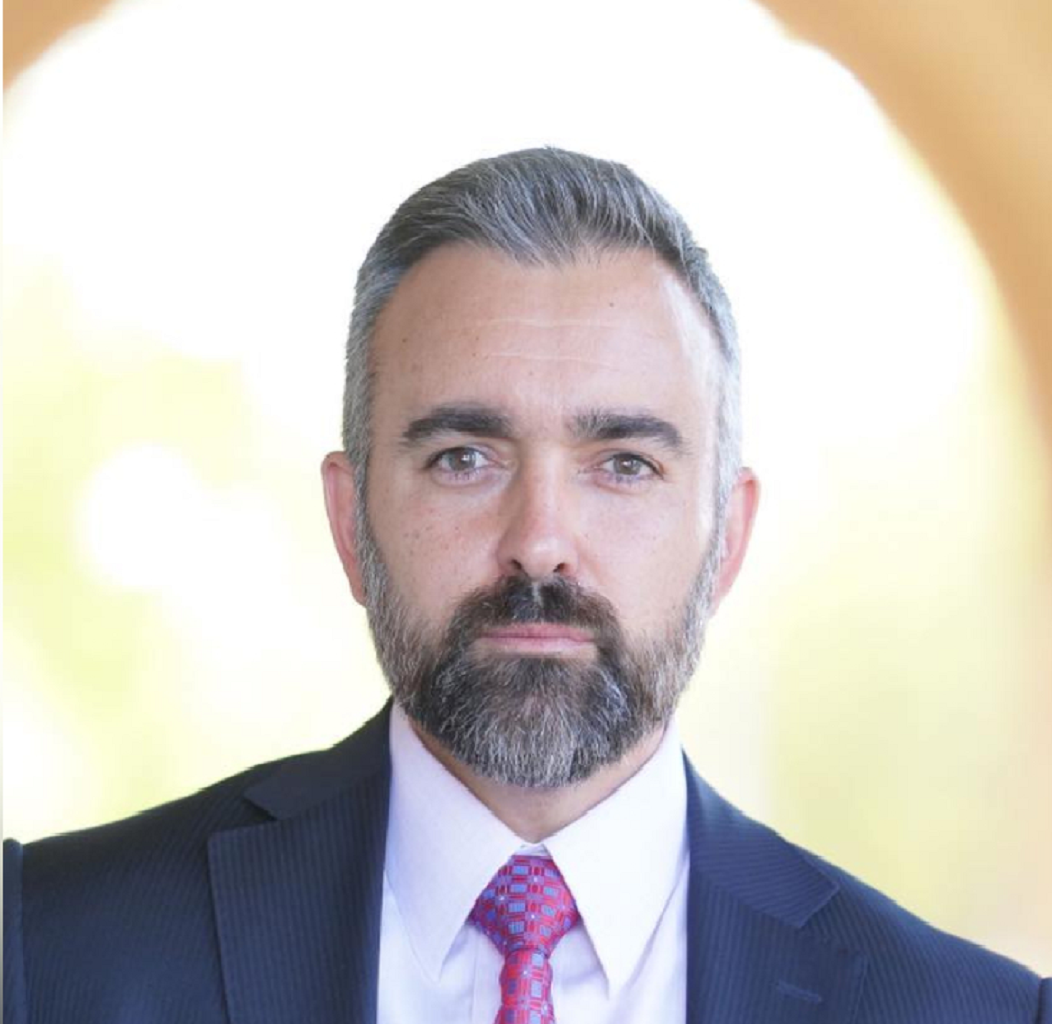 Born and raised here in New Mexico, Raúl attended Harvard University, the London School of Economics, and Stanford Law School. He returned home and worked as an assistant district attorney and assistant attorney general. He was appointed to serve as a White House Fellow by President Barack Obama and served as a senior advisor to the Department of Justice, where he fought to reduce border violence, crack down on drug cartels, and reduce violent crime and domestic abuse in Indian Country.

Attorney General Raúl Torrez is working to implement new technologies and strategies to combat violent crime, prioritize alternatives to incarceration for non-violent offenders, and put victims first with compassion and new resources to help families through the most difficult times.

Raúl works every day to protect New Mexico’s families and he knows the job is never done. 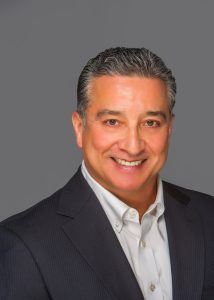 Joseph Maestas has the experienced track record and integrity we need in our state government. He has proven to be a reformer, an independent unafraid to take on powerful interests.

As State Auditor, Joseph Maestas will operate independently in a transparent, accessible and ethical manner. He is a trustworthy caretaker of our tax dollars, a watchdog to ensure against fraud, waste and abuse.

Joseph Maestas has proven he has the kind of experience and independence we need as our State Auditor. 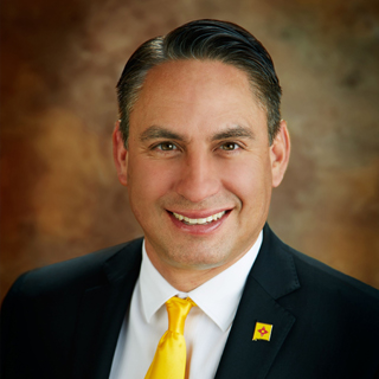 Soon after taking office in January, 2019, Governor Michelle Lujan Grisham asked Lieutenant Governor Howie Morales to take charge of the State Public Education Department (PED). He did that until a permanent Secretary later could be named, Dr. Karen Trujillo. During that period, Howie Morales joined the Governor in calling for a historic $500 million budget investment in public school classrooms, part of the Governor’s “Education Moonshot”.

In the past, PED saw itself as a policeman of schools. Lt. Governor Morales pushed for a lasting culture shift at PED, to ensure that from now on, the agency which oversees more than 850 public schools will serve those schools and teachers in a spirit of collaboration and cooperation; lifting up schools that struggle, not shutting them down. The Governor issued her first two executive orders during that time, eliminating future use of the PARCC standardized test in New Mexico classrooms.

Lieutenant Governor Howie Morales, raised in Silver City, New Mexico, has spent his whole life working to improve the lives of people in his community and across our state. He served in the New Mexico Legislature on the Legislative Finance Committee for 11 years. A classroom teacher and proven leader who stands up for seniors and public education, he said “No more cuts to New Mexico’s classrooms.” Howie Morales has fought to protect our most vulnerable communities and local schools, to build a fair economy that works for all of us, and to move New Mexico forward.

Howie learned the value of a dollar at a young age. His father was a Vietnam Veteran who worked in the copper mine while his mother worked multiple hourly-wage jobs. He went to work as a teenager to help provide for the family and later worked as a shoe salesman and maintenance worker to put himself through Western New Mexico University. The first in his family to go to college, Howie went on to earn a PhD in education from NMSU.

Howie went home to teach students in special education in Silver City and Cobre School Districts, and became active in the community. He coached local high school baseball teams to state championships, and is the longest serving volunteer of Big Brothers/Big Sisters in New Mexico, while raising two children ages 6 and 9. Howie earned the trust of his neighbors and was elected Grant County Clerk, where he modernized voting systems to make sure every vote counted.

Since 2008, Howie has been an aggressive leader for children and classrooms in the State Senate, fighting for his district, and to make every corner of New Mexico a better place to live. He has pushed for progressive policies such as universal health care. He fought for rural and tribal economic development, and he fought to protect veterans’ and senior services across the state, and mental health programs.

An experienced leader with solutions, Howie Morales has a solid record helping to lead the effort to meet our state’s big challenges for better jobs and wages, and real improvements to public education.

The Office of the Lt. Governor Howie Morales is located on the 4th floor of the New Mexico State Capitol in Room 417. 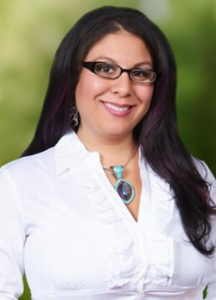 Montoya was born, raised, and educated in Las Vegas, NM. She earned her bachelor’s degree in Political Science and Psychology with a minor in Sociology.

Montoya was elected Sandoval County Treasurer in 2012 and reelected in 2016 as one of the youngest elected officials in the state. She has served New Mexicans for more than 20 years, working with federal, state, tribal, and county governments. Her career began as a constituent services representative for five counties in Northern New Mexico for former US Senator Jeff Bingaman.

In the capacity of County Treasurer, Montoya was appointed on the New Mexico Tax Policy Committee; appointed as the Legislative Chair of the Treasurer’s Affiliate for seven years; elected by her colleagues to serve on the New Mexico Counties Board; elected to serve as that National Association of Counties Representative; appointed as Vice-Chair of Finance, Pension, and Intergovernmental Affairs under the National Association of Counties; and elected Chair of the Next Generation Young Elected Officials. In the last four years of Montoya’s administration, the Treasurer’s Office had four clean audits, and Sandoval County earned a clean audit in 2020. Montoya’s term ended in December 2020. 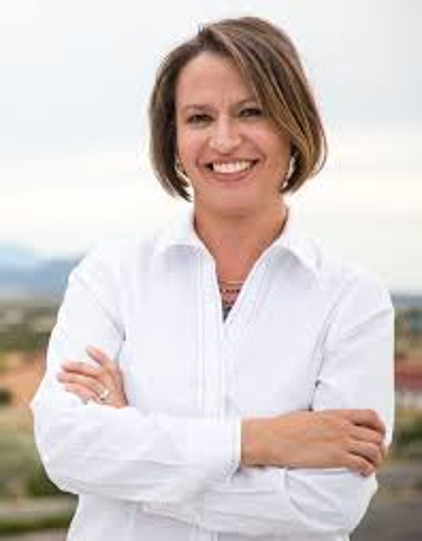 Commissioner Stephanie Garcia Richard is the first woman, the first Latina, and the first educator to serve in the position as New Mexico’s Commissioner of Public Lands.

Born in Tucumcari and raised in Silver City, Stephanie learned at a young age the importance of serving others. Her father, a WWII veteran, was a teacher; her mother was active in their church and community. Stephanie grew up in a family that operated ranches on the eastern plans and northern mountains of New Mexico, sparking the strong connection to our land that she holds today. After graduating from Silver High School, Stephanie went on to receive her undergraduate degree from Barnard College at Columbia University in New York.

Stephanie was elected to the New Mexico House of Representatives in 2012. During her six years as a State Representative, she championed laws to increase access to a quality education, transparency, and investments in renewable energy, job training, and economic development. She served as Chair of the House Education Committee for two years before being elected Land Commissioner in 2018.

As Land Commissioner, Stephanie is focused on raising as much money as possible while always keeping an eye toward stewardship and preserving the land for generations to come. We can diversify the revenue that comes into the Land Office by tripling the number of renewable energy projects, promoting outdoor recreation, and encouraging new and innovative commercial development on state trust land. With the largest continuous oil and gas resources potential ever assessed in the world sitting in Southeast New Mexico, and land that is prime for wind and solar development, Commissioner Garcia Richard is committed to working to make more money for New Mexico while protecting the health of our land.