by Sandoval County Democratic Party | May 8, 2022 | Editorials and Opinions 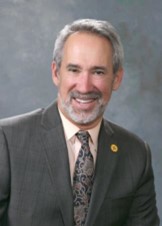 I have served in the legislature for the past six years.In that time, I saw two major changes:

Changing governors led to policies that put New Mexico on a path to prosperity and equity. With Governor Lujan- Grisham’s leadership, we are now putting more resources into education, health care and crime-prevention. We greatly expanded pre-K while at the same time providing for free college assistance. And we are using 21st century tools to make sure taxpayer money is spent wisely and effectively.

We are assuring that people are paid a fair wage, that unions can adequately protect workers, that our tax code is more progressive, and that people at lower incomes receive tax credits and are no longer subject to predatory loans.

We created a vibrant ethics commission, made government more transparent and made sure that government stays out of people’s personal decisions by decriminalizing abortion and allowing people to die with dignity.

We expanded voting accessibility and security. We gave a tremendous boost to economic development by providing both grants and loans to businesses that will increase our standard of living and diversify our economy.

We worked to shut down coal fired power plants in this state to reduce our carbon footprint.

And I got to see all of this happen largely because the House’s culture changed to women-majority status Collaboration and teamwork became the mantra.

Hard work became the rule and egos were the exception to the rule. The goal became good policy. It was wonderful and heartening.

I leave knowing the House is in exceptional hands. Thank you for the privilege of letting me serve you.