Lawmakers Should Stress Vaccinations, Not Attacks 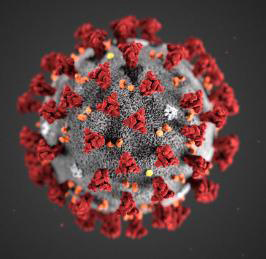 On July 29, news broke that the CDC had become exceptionally alarmed about the extreme danger of COVID’s Delta variant.

With Delta surging and hospitals in some regions breaking records for COVID, the position of these lawmakers is particularly irresponsible. Surely these Republican leaders know that the governor’s policies are based on science.

They are also well aware that the virus is now more lethal, capable of infecting even the vaccinated, who can spread it to others.

And they must understand that increasing numbers of children are falling ill, some with long-haul COVID.

Clearly, their position is pure political expediency — a ploy to court the Republican base. Their statement demonstrates the hollowness of Republicans’ so-called “pro-life” stance, as more sickness and death are inevitable as Delta spreads.

Instead of bashing the governor for working to keep us safe, these lawmakers should use their leadership positions to persuade every eligible New Mexican to get vaccinated.

This is the only effective way to stop the spread and return to some semblance of normality.

Sandoval County deserves representation by a senator — unlike Brandt — who cares about the common good, not dangerous misrepresentation for political gain.