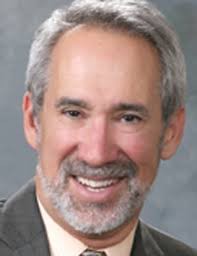 The Legislature starts up again on January 21.  Every even year is a short session – 30 days.  Every odd year is a long session – 60 days.  In the long session, anything goes.   This means that there is no limitation on the type of legislation presented.  In the short session (which is this session), the Governor must include the subject in her message.  Otherwise, an individual legislator cannot introduce the bill, unless it involves taxes, the budget or a constitutional amendment.  So, for example, this year it is unlikely that the Governor will place “open primaries” in her message.  Open primaries allow independents or “decline-to-state” voters to vote in either the Republican or Democratic primary.  I support open primaries because it encourages more participation in the electoral process.  While I cannot bring a regular bill on this subject in this session, I am allowed to introduce a bill for a constitutional amendment that will permit open primaries.

I do expect that the Governor’s message will include education, crime measures (including behavioral health), PERA reform, marijuana and the gun control measure known as Extreme Risk Protection Order (ERPO).  On education, while we have already provided a significant amount of money for schools and teachers in the last session (including much needed raises in pay for teachers), I am hoping for more focused changes in this session — continued encouragement of innovation, particularly from charter schools, more accountability, and a focus on children at risk.

With respect to crime, I would expect increased sentences for gun-related offenses, building up behavioral health care, and encouraging better cooperation and accountability for local actors like the courts, district attorneys, law enforcement and corrections.  We are specifically hoping to help Albuquerque with its need for more law enforcement officers and up- to-date equipment.

Marijuana is still a work in progress.  It is likely to include government licensed stores.   that cannot be sold.   I will be pressing for more local control over marijuana retail outlets, increased funds for law enforcement, plus education, equipment and training for impaired drivers.

PERA reform is not well defined.  I am opposed to eliminating COLAs (cost-of-living increases).  And I am concerned about the impact such reform might have on local government entities like our Village.  But the Governor’s office is still working on this, and we will see.

I am sponsoring a bill to eliminate taxes on Social Security benefits up to $24,000.  This will help everyone receiving Social Security and should put us in line with most other states.

I am also sponsoring the ERPO bill previously mentioned.  I have received a lot of e-mails and calls on this proposal. It is a sensible measure, designed to remove guns temporarily from people who are an imminent threat to themselves or others.  We have the fourth highest suicide rate in the country, and most of these suicides involve guns.  Mass shootings continue.  In 2019, there were 319 mass shootings in the U.S., more than there are days in the year.  Everyone agrees that dangerous people should not have guns in their possession, particularly in the immediate time frame of the danger.  But, other than this proposal, I have not heard anything to address the crisis of gun violence.

There are three objections to the bill:  First, that it does not have enough due process built into it.  That is simply not true.  There are four separate court hearings mandated by this bill.  The first hearing does not include the gun owner because it would be dangerous, by definition, to include the person affected in this initial hearing.   Can you imagine a law enforcement officer going to the door and saying:  “We are going to have a hearing in 15 days to temporarily remove your guns because we believe you are an imminent danger to yourself or others, so here is the notice of that hearing.”  Giving such an initial notification to the gun owner sends the message that the dangerous individual has fifteen days to shoot him/herself or someone else.

The second objection to ERPO that I have heard is that existing laws solve the problem.  People objecting to ERPO point to the Mental Health Care Code, which, ironically, allows all rights – including the right not to be jailed — to be taken from the person without the person’s presence at an initial hearing. Under this existing law, the person can be incarcerated without anyone showing that the person poses an imminent threat.  Thus, the existing law negatively impacts far more rights than ERPO would.

Finally, the objection is that this bill is unconstitutional.  That is simply not true.  The 2008 U.S. Supreme Court opinion in D.C. v. Heller, which first expanded the meaning of the Second Amendment, specifically permitted states and local governments to pass laws like ERPO that would rationally limit an individual’s right to bear arms.  Seventeen states, both Republican and Democrat, have now passed similar legislation. There is currently no court in the land that has held such a bill to be unconstitutional.

A version of this article appeared earlier in the Corrales Comment.