No Joe, we’re not in a climate crisis… but yes, we are! 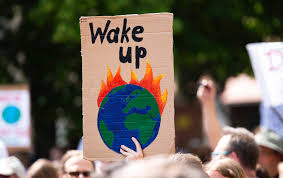 Check out this editorial from Rich Lowry that also appeared in the Albuquerque Journal on December 28, 2020.

The article by Rich Lowry on Monday December 28, 2020 makes it sound like there is nothing to do on climate change.  It quotes a single reference to Bjorn Lomborg’s work. From this Mr. Lowry then draws a conclusion that there is nothing to see or do here. We can just continue destroying our environment as if nothing were happening.

Wikipedia states about Bjorn Lomborg that:

His issue is not with the reality of climate change, but rather with the economic and political approaches being taken (or not taken) to meet the challenges of that climate change. He is a strong advocate for focusing attention and resources on what he perceives as far more pressing world problems, such as AIDS, malaria and malnutrition. In his critique of the 2012 United Nations Conference on Environment and Development, Lomborg stated: “Global warming is by no means our main environmental threat.”

In fact, the scientific consensus does not support this.  “Multiple studies published in peer-reviewed scientific journals show that 97 percent or more of actively publishing climate scientists agree: Climate-warming trends over the past century are extremely likely due to human activities1.”

I find it sad that the Albuquerque Journal chose to publish an opinion piece that denies the reality of climate change, and the need to address its human causes, based on Lomborg’s work when Lomborg himself does not deny that reality but states that it is an issue of priorities.  I also do not believe the US has lost its ability to multi-task and address more than one problem at a time. Addressing climate change should be one of those priorities and not thrown out as Mr Lowry would advocate.