People Are Smart Enough to Govern Themselves 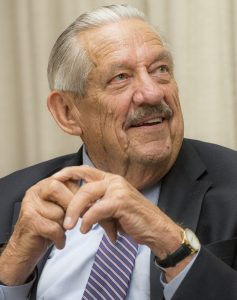 In the Gettysburg Address, Abraham Lincoln spoke not only about our government of the people and for the people, but also by the people, reiterating the fundamental principle stated in the Declaration of Independence that government derives its just powers from the “consent of the governed.”

Thus, President Lincoln and our founders made clear their belief that people are smart enough to govern themselves. We Democrats of today have made equally clear that we strongly agree.

But doesn’t everybody? No!

Those who make up what’s left of the Republican Party don’t.

Everywhere, they’ve worked to restrict and limit voting, to suppress the vote, and to keep all votes from being counted. They claim that this is to stop fraudulent voting. But that’s a lie. Actually, they believe, though they generally won’t say this aloud, that some people—no surprise: they mean people who don’t vote for them—shouldn’t ever be allowed to vote because they’re not educated enough or informed enough—are not smart enough.

That’s what the 2022 elections were about. “We the people” by and large showed that we know best what’s good for us and in our interests—health care, reproductive freedom, education, well-paying jobs, human rights, climate control, and the rest of the Democratic platform—and that we are, indeed, smart enough to govern ourselves.

But as Jelani Cobb recently wrote in the New Yorker, “Trump did not single-handedly inject the strains of intolerance, racism, nativism, belligerence, and durable sympathy for anti-democratic behavior into the Republican

Party, and there is no reason to believe that his absence would cause them to evaporate.”

So, we Democrats must rededicate ourselves, continue to organize and vote, reaching out to, and encouraging, well-motivated Republicans who will work with us—to the end that “government of the people, by the people and for the people shall not perish from the earth.” 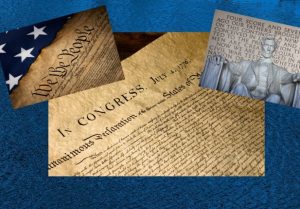