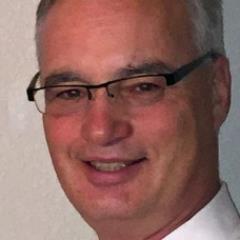 Jonny is a fourth-grader in a small, rural school in New Mexico.

His teacher lacks any form of teacher’s license. It’s common for long-term substitutes to teach for an entire year or more in this school.

Jonny’s class is reported in a statewide report that shows 644 teacher vacancies.

Daniella is a third-grader. Her school has two third-grade classes, each with 31 students.

Daniella’s teacher is an experienced, licensed teacher, so the report on teacher vacancies doesn’t count her class.

However, Daniella and her classmates receive less individualized attention because her class is too big.

Sophia is a junior in a small high school. Her math class has six students, but the teacher has zero prior teaching experience and takes night classes as required by her alternative license from the New Mexico Public Education Department.

None of the classes the teacher handles are considered vacant because she is “licensed.” Students like Sophia nonetheless suffer because their teacher comes with virtually no preparation.

“It’s very scary,” said Susan Brown, dean of the New Mexico State University College of Education. “We just don’t have qualified people in the classrooms across the state. It’s a crisis.”

Our legislators several years ago responded to the teacher shortage with a “stop-gap” measure dubbed “alternative licensure.” Adults with any college degree can become teachers without first undergoing serious professional preparation.

Districts report that more than half of their new teachers are ALT teachers.

Every teacher, perhaps especially ALT teachers, who works hard to be the best teacher they can be deserves high praise for striving to do so under difficult circumstances.

Unfortunately, most New Mexico ALT teachers do not teach beyond a year or two.

That alarming statistic should be no surprise. The esteemed Learning Policy Institute noted in a September 2016 report, Solving the Teacher Shortage: “Teachers with little preparation tend to leave at rates two to three times as high as those who have had a comprehensive preparation before they enter.” In this regard, alternative licensure does little to ensure every student has the qualified, professionally prepared educator they deserve.

Instead, New Mexico is making investments into ALT teachers who are leaving the state and school communities.

Then there are teaching positions no longer considered vacant because districts found no applicants.

Policy options could help resolve the teacher-shortage crisis – from more competitive salaries to revamping teacher pipeline programs at higher education institutions. But our state can’t really address the problem without first acknowledging the teacher shortage in our state is a true crisis.

This opinion piece was published in the Rio Rancho Observer, Jan. 5, 2020. Charles Goodmacher, a Rio Rancho Democrat, is an independent education consultant with NEA-New Mexico and the Transform Education New Mexico Coalition.