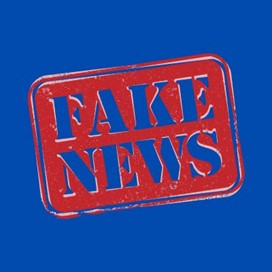 Russia has silenced independent media, and journalists are fleeing the country. The Russian people have virtually no access to fact-based, objective reporting.

But lest you fear that Russians aren’t hearing Western voices, rest assured this is not the case. Russian media outlets are being directed to broadcast clips of Fox News host Tucker Carlson. So says a 12-page Russian-language memo obtained by Mother Jones.

Produced by a Russian security agency, the memo advises Russian broadcasters to highlight the vile rantings of Carlson, saying it is “essential” to do so.

That the Russian government is smitten with Carlson’s rantings is not surprising.

What could be more persuasive than an American “journalist” falsely pointing fingers at the United States and NATO for provoking Russia’s invasion of Ukraine and promoting the conspiracy theory that the U.S. funds Ukrainian bioweapons labs? It is particularly galling that cable subscribers are forced to subsidize this agitprop.

The neo-Nazi Daily Stormer has called Carlson “literally our greatest ally.” Carlson has famously lost many of his sponsors because of his odious views on White nationalism, the Big Lie, January 6, vaccinations, Russia, Putin, and more. Yet, he stays on the air spewing lies and hate without restraint.

Carlson can do this because cable subscribers—you and I —pay a large chunk of his bloated $6 million annual salary even if we never turn on Fox News. This is because news outlets receive a fee to be carried by cable companies. The fee is passed on to cable subscribers, who shovel over an estimated $1.8 billion annually to Fox.

Individual subscribers pay an average of about $1.72 per month. Although Fox News viewers comprise less than 5 percent of households with cable, Fox’s fees are higher than most because the network attracts the largest cable news audience.

Can we purchase a cable package without Fox News? To date, we must subsidize this dangerous network even if we only subscribe to a basic package.

Cable companies are on the defensive, however. Between 2018 and 2021, they lost nearly 20 million subscribers. With increasing numbers of subscribers cutting the cord, cable operators may be forced to respond by offering more flexibility.

Cord cutting and demanding a cable package without Fox News are our weapons of choice against Fox’s onslaught of authoritarian messages and disinformation.

We must take these actions in sufficient numbers to convince cable providers that a network whose mission is to undermine democracy is not what the American people want and is no longer good for business.